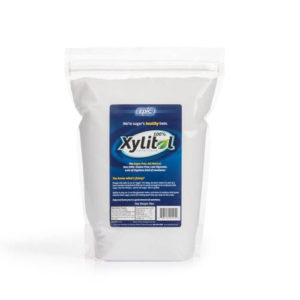 Are you struggling to help keep your family cavity free? Does it feel like no amount of hygiene, or healthy diet, is enough to keep bacteria from causing damaging acid erosion? It seems to some people that the benefits of xylitol are being overlooked. Considering that over 25 percent of American children from 2 to 5 years of age suffer from tooth decay, 50 percent between 12 and 15 years of age, and that Americans miss 51 million hours of school and 164 million hours of work because of dental problems, if there is a relationship between xylitol and cavities, why isn’t it being announced from the rooftops?

Some people, including children, are more susceptible to cavities than others. This makes it difficult for them to avoid painful decay that can make teeth vulnerable to infection. Fortunately, it is possible to prevent cavities. Some people just require more aid than others in that endeavor. If you are looking for added ways to help protect your smile, or your family’s, have you heard of a product called xylitol? It shows promise as a means of helping to protect the teeth from acidic erosion, including dental caries.

Xylitol is an all natural sugar substitute that does not raise your blood glucose levels or glycemic index. It is not a chemical substance such as Splenda®, sucralose, or aspartame. It is a combination of a sugar molecule and an alcohol molecule. This sugar alcohol stimulates the same tongue receptors for sweetness as regular sugar. It is found in fruits and vegetables such as mushrooms, lettuce, and berries.  Your body also produces up to 15 grams of xylitol a day during the metabolization of other food sources.

While providing the same sweetness as sugar, it has 40 percent fewer calories and does not raise blood pressure. It is suitable for use by people with diabetes. Its use as a sweetener in food has been deemed safe by the World Health Organization, the Food and Agricultural Organization of the United Nations, and the U.S. Food and Drug Administration.

This naturally occurring substance is extracted from the fibers of fruits and vegetables. It can be extracted from foods like berries, oats, mushrooms, and fibrous substances like corn husks, birch, and sugar cane bagasse. So how is it healthy for your teeth? It is a non-fermentable substance, meaning that xylitol does not support bacterial plaque that causes cavities. Instead, xylitol attracts the bacteria responsible for tooth decay, called streptococcus mutans, and starves the harmful microorganisms.

Prevent dental problems such as cavities

While it kills bacteria, the teeth have an uninterrupted opportunity to benefit from another aspect of the sugar alternative, enamel remineralization. By increasing the mineral strength of the enamel, the tooth has better defenses against plaque and decay. In fact, in a Finnish study in 1970, participants who chewed sugar free chewing gums made with xylitol had less than half as many cavities as patients who chewed gum made with sucrose. This amazing sugar substitute is not perfect for all foods. It also attracts and starves the bacteria necessary for yeast to rise, making it unsuccessful with some baking.

It has been in used with oral care products in European countries since World War II. It wasn’t until the 1970s that Finland began using it as a dental agent for prevention of gum disease and caries . Finland incorporated a national program publicizing its use in chewing gum among children to reduce tooth decay. Chewing sugar free gum, including those containing xylitol, can actually help to gently clean the teeth’s surface between brushings, too. So while chewing gum is no substitute for proper hygiene, including brushing and flossing, it can be a helpful addition to one’s daily routine.

Can Xylitol Protect Your Teeth from cavities?

Our mouths are rife with bacteria, over 700 strains. Most of the bacteria in our oral cavity are harmless. However, streptococcus mutans is a harmful bacteria and the major cause of tooth decay. Steptococcus mutans consumes the sugars, starches, and leftover food debris on our teeth and in our mouths.  As the bacteria metabolizes these sugars and starches, it produces acids that eats away at tooth enamel, causing decay. As the bacteria metabolizes, it also replicates creating more bacteria which in turn produce more acid. Numerous professional dental studies on the effects of xylitol have indicated that:

More Studies on Xylitol and cavities

A study compared a control group of children that chewed no gum to another group who chewed this gum for three weeks or more. The study showed that consuming it decreased the production of streptococcus mutans in saliva. There was less oral plaque both short term and long term–up to five years after the study was completed.  Other studies showed that xylitol is safe and:

What Parents Should Know about Xylitol and cavities

Taken at therapeutic levels to prevent cavities it is safe and effective for children. The recommended dose is 3 to 8 grams daily. This is about one can of soda per day. High doses can cause gas and osmotic diarrhea. These symptoms will disappear once the dosage has been regulated. To avoid these side effects introduce its use slowly over a week or ten days, particularly in young children.