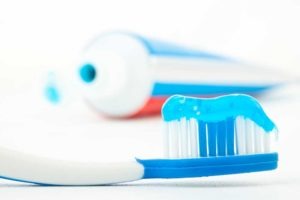 Do you know when the toothbrush was invented? Did you know that teeth cleaning tools have been around for thousands of years? The oral hygiene tools of past civilizations were crude in comparison to our modern tooth brushes. Toothbrushes come in a variety of colors, shapes, and sizes. From manual toothbrushes, to electric ones, the toothbrush is the tool we use for daily brushing, ensuring stellar oral hygiene. But, have you ever wondered how the toothbrush came to be? Let us explore the rich history of the toothbrush.

The First Toothbrushes in History

The earliest history of the toothbrush was with the Babylonians

The Babylonians and Egyptians crafted one of the earliest toothbrushes in 3000 – 3500 BC. They used frayed ends of twigs, devices similar to a large toothpick to clean their teeth. The twigs were called “chew sticks”, and they came from aromatic trees, which provided refreshment for the mouth. They found that when they chewed on these sticks, it cleaned their teeth and freshened their breath.

In 1600 BC, the Chinese developed the first bristled toothbrush made from the hair of hogs. They attached the bristles to bone or bamboo handles. Later, the Europeans altered the Chinese concept. Instead of using the hair of hogs for bristles, they used the hair of wild boars and horses. Wild boar hair was more commonly used, due to horse hair being more expensive and difficult to obtain in Europe. In the 1200’s, monastic communities in China began using ox bone for the toothbrush handle and horse tail hair for the bristles.

When the Pilgrims left England and landed on Plymouth Rock in 1621, they had to invent a new way to care for their teeth. Having only what was locally available to them, the Pilgrims had to forego horsehair bristles.  They scraped their teeth with bones and feathers to remove plaque from their pearly whites. It’s also likely that the Pilgrims rubbed salt on their teeth as an abrasive cleaner to remove grime and kill bacteria.

Native Americans, on the other hand, took the more natural, earthy route when it came to their dental care. They used various herbs, such as sage and tarragon, to remove plaque from their teeth and freshen their breath. Some tribes were very scientifically advanced and used the cucacua plant to create a paste that they used to clean their teeth.

The Evolution of the Toothbrush

In 1780, history shows that William Addis of England developed the first mass produced toothbrush. Addis, a prisoner, was often cited for instigating riots. He was also known for wanting to look clean and kempt. Addis carved a small brush handle from bone and then inserted boar bristles, held together by wires, at the top of the newly fashioned brush. He later mass produced his invention after leaving prison.

As the toothbrush gained popularity, Addis saw his business grow. He later died in 1808, leaving his prosperous toothbrush business to his son, who was also named William. Later, the toothbrushes were exported to the United States and business continued to grow at an unprecedented rate. During World War II, the Addis toothbrush company had over 600 employees. These workers manufactured the patented toothbrushes using the first injection molding machines, which were purchased by the Addis family.

Wisdom Toothbrushes, the brand launched by the Addis family, grew into Britain’s leading mass production toothbrush manufacturer. In 1996, the family sold the company.

The first Nylon Toothbrush in History

In 1938, the first nylon bristled toothbrush was produced by Dupont de Nemours. It went on sale on February 24th and was named Doctor West’s Miracle Toothbrush. The nylon brush greatly advanced the concept of good oral health at the time. In 2003, a poll was conducted on what invention Americans wouldn’t want to live without. The respondents of the poll overwhelmingly chose the toothbrush.

History is made with the First Electric Toothbrush

As the Industrial Revolution gained momentum, innovative technological advances began to surface; one was the electric toothbrush. Around the 1880s, an Englishman began promoting an array of electrical devices, which included electric animal hair brushes and toothbrushes.

While there was no electric component to these devices, it was later revealed that the brushes had magnetized rods embedded in the handles.

Dr. Dr. Philippe-G. Woog is credited for inventing the world’s first electric toothbrush in 1954 under the brand name Broxodent. Dr. Woog is also known for a variety of dental equipment and dental products for home use. The electric toothbrushes Dr. Woog crafted, were initially manufactured in Switzerland for Broxo S.A.

To operate this toothbrush, the user had to plug it into a wall outlet. Electric toothbrushes were initially created to improve the dental health for individuals with with limited motor skills and patients undergoing orthodontic treatments.

Learn how your toothbrush fits into today’s dental hygiene regimen

Today there are many types of toothbrushes. There are also accepted home hygiene techniques for flossing and brushing. We focus on hygiene education and offer comprehensive dental services to residents of Chicago, IL and surrounding areas. We look forward to providing you with personalized care.