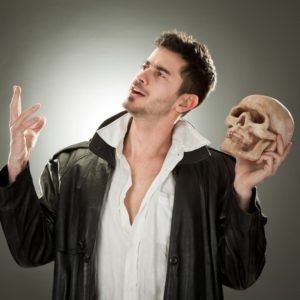 Today we’d like to pay homage to the world’s greatest poet and playwright – William Shakespeare. Sadly, Shakespeare died at the age of 52. Today, this is considered tragically young, but in the 17th century, the average male lived to age 47. Poor hygiene and inadequate medical knowledge meant that disease ran rampant, and this lack of care affected dental health, as well. In this post, we take a close look at dentistry in Shakespeare’s time and examines the monumental strides that we have made in the last 400 years.

Fortunately, methods in dentistry have improved exponentially during that time. If you are in search of a new dental home, call our Chicago dental office to schedule an appointment with Dr. James Fondriest at 847-234-0517.

During the 1500’s and 1600’s, bathing was considered a luxury, and most people took baths a few times a year. It should come as no surprise, then, that dental care was equally sporadic. No one at that time understood the importance of proper hygiene in preventing dental decay, and the first modern toothbrush would not be invented for several hundred years. People often attempted to remove dental stains by rubbing their teeth with pumice, brick, stone, and coral. Unfortunately, this mixture took off dental enamel, along with the stains. There were also several “recipes” for teeth cleaning solution, including:

Although the Elizabethans were unaware of it, they would have been better off not cleaning their teeth at all; modern dentists know that sugar and acidic substances such as vinegar and wine are the biggest causes of dental decay.

During this time period, the introduction of refined sugar only exacerbated the problem of tooth decay. And since sugar was expensive at the time, only the elite and wealthy could afford it. As a result, those who consumed large amounts of sugar developed black teeth – a feature that the rest of England came to envy. We will explore this phenomenon a bit more later on.

While they knew little about the dangers of sugar and acid, people in Shakespeare’s day were certainly aware of the perils of bad breath. In fact, most were convinced that you could catch the plague by inhaling oral fumes. They often created mouthwash from water and vinegar, followed by another concoction of anise seeds, cloves, and mint soaked in wine. Whether or not this solution freshened their breath, it certainly did not help to protect their teeth from decay. Others believed that placing roasted parsnip peels behind the ears could lead to fresher breath.

Shakespeare himself offers an antidote to bad breath in Act IV, Scene 1 of the romantic comedy Cymbeline. In this scene, Arviragus speaks to Imogen, who he thinks is dead (but is only asleep). He says, “The leaf of eglantine, whom not to slander, /Out-sweeten’d not thy breath.” This quote indicates that Elizabethans may have chewed eglantine, or eucalyptus, in an attempt to combat bad breath. This would certainly have been more effective than parsnip peels; modern scientists report that eucalyptus contains an antiseptic that can kill oral bacteria.

With such questionable methods of hygiene, tooth loss was common, especially among the elderly (who today would be considered middle-aged). In fact, one of Shakespeare’s most heartbreaking lines involves tooth loss and old age. In As You Like It, at the end of his famous “All the world’s a stage” speech, Jaques ruminates on the last phase a man’s life. He says:

If teeth did not fall out naturally, physicians or barbers would extract compromised teeth – without the use of anesthetic, of course. According to an enduring legend, Queen Elizabeth was suffering greatly from a toothache but refused to have the tooth removed. Upon learning that the Archbishop had been able to endure extraction, she summoned up courage for her own procedure. However, to double check the safety of dental extraction, the unfortunate archbishop had to have a second tooth extracted, finally satisfying the anxious queen.

As anyone with tooth loss knows, missing teeth can give the face a gaunt, hollowed appearance. Queen Elizabeth despised this unfortunate side effect. To add the appearance of volume to her cheeks, she reportedly stuffed rags in her mouth.

While today’s dental patients look to teeth whitening procedures to enhance their smile, in Shakespeare’s day, black teeth were considered a standard of beauty. As trade and sea travel expanded, people consumed increasing quantities of sugar, leading to more widespread dental decay. Foreign ambassadors reported that Queen Elizabeth herself had black teeth. Thus, a new fashion trend began; dark colored teeth were considered a status symbol, a sign that you could afford the finer things in life. Many people used cosmetics to make their comparatively white smiles appear black.

While the world has never produced another writer to rival Shakespeare, we have come a long way in science and dentistry. Modern dental patients benefit from routine hygiene and preventative care, as well as advanced cosmetic treatments. It is important to take advantage of our modern dental care. After all, while many things have changed since Shakespeare’s time, yet another of his adages proves universally true:

Much Ado About Nothing, V.1

Dr. James Fondriest offers a full array of restorative and cosmetic dentistry using the latest technology. To learn more about our treatments, including crowns, bridges, TMJ therapy, bleaching, and cosmetic bonding, schedule your appointment by calling (847) 234-0517. Dr. Fondriest and his staff welcome patients from the Chicago Metro Area, including the North Shore and Northwest suburbs.