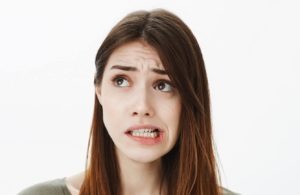 Preventing gingivitis is similar to preventing most other dental issues. Keep your teeth and gums clean with regularly good hygiene and preventive dental care, and you can avoid allowing oral bacteria enough time to infect your gums. However, while gum disease is highly preventable, it only takes one small mistake for oral bacteria to infect your gums and lead to gingivitis (the first stage of gum disease). Fortunately, even if you fail to prevent gum disease, you can still avoid its most severe consequences if you seek treatment for it from your dentist as soon as possible.

Why It’s Such a Problem

When gingivitis first develops, it appears as little more than irritation in your gums. The tissues may become inflamed and you might notice bleeding once in a while when you brush, but there is no discomfort, so it can seem like a minor issue. Yet, these seemingly minor symptoms indicate increasingly worse damage and erosion to your gum tissues. As time passes, they’ll grow more severe, and other symptoms will become obvious and severe, including loose or lost teeth.

Gingivitis is progressive. It is the first stage of periodontal disease. Gingivitis is the result of excessive oral bacteria gathering along your gum line, and before long, it can progress into fully mature gum disease. The common symptoms of gingivitis are red, inflamed, and sometimes bleeding gums, though these symptoms are not always prominent and they often go unnoticed.

Like tooth decay and chronic bad breath, gingivitis is a product of excessive oral bacteria gathering on your teeth and gums. Certain of these bacteria favor the areas along your gum line, and when left there long enough, can work their way underneath the gum tissues. This leads to irritation and infection in your gums – the condition known as gingivitis – and can quickly progress into chronic inflammation and severe gum disease. The bacteria produce Interleukin 10 which reduces your immune response to gum bacteria.

What Ignoring Gingivitis Can Lead To

It doesn’t take long for the plaque that oral bacteria form to calcify into tartar, which your toothbrush can’t remove. Likewise, it doesn’t take long for them to lead to gingivitis, nor for gingivitis to progress. When you ignore the redness, swelling, and occasional bleeding in your gums that indicate gingivitis, then you can allow the condition can cause permanent damage to your gums, and potentially, the jawbone underneath them.

At some point, it becomes irreversible.

When your dentist detects gingivitis, he may be able to treat it before gum disease fully develops. However, once it does, the condition is no longer reversible, and caring for your smile will depend on controlling the disease through continuous periodontal maintenance.

Tooth loss is only one serious consequence.

Because the signs are discreet at first, many people don’t receive gum disease treatment in time and may experience tooth loss due to compromised gums and jawbone structure. In fact, gum disease is the leading cause of adult tooth loss in the United States; yet tooth loss isn’t the most severe consequence. Studies have shown that prolonged inflammation caused by gum disease can have a negative effect on your systemic health, increasing your risks for heart disease, diabetes, and other inflammatory conditions.

Even though gum disease is the leading cause of tooth loss, most patients who develop it can still preserve all of their teeth if they address it soon enough. Because it’s progressive, seeking treatment as soon as you notice the signs of gingivitis may help you stop it from growing worse. In some cases, early treatment can even reverse the condition so you don’t need periodontal maintenance for the rest of your life.

If you prevent gingivitis from advancing to full blown periodontal disease, then you might still have a good chance of saving your smile by treating it as soon as possible. To learn more, schedule a consultation by calling us at 847-234-0517. We also proudly serve residents of Chicago and all surrounding communities in the Chicago Metro area.